The main project I’m currently working on is a computer game called Big Pharma. The concept of the game is that you run a pharmaceuticals manufacturing company. You have to design a factory to research and produce drugs. Managing not only your production lines, but all the moral implications that come attached.

The game was official announced a couple of weeks ago so I’m planning to produce a series of posts to give a bit of an insight into how we got to where we are.

Below are a collection of some of the original pieces of concept art that I produced back at the beginning of the year. These were originally designed to help work out what the broad style of the game would be and help convey that idea to any potential investors.

The first shows a broad range of approaches to the original brief – clean, sterile, medical, industrial, but also fun! The idea was that we could then pick our favorites and develop those further. Take the points we like and combining them to create better designs. 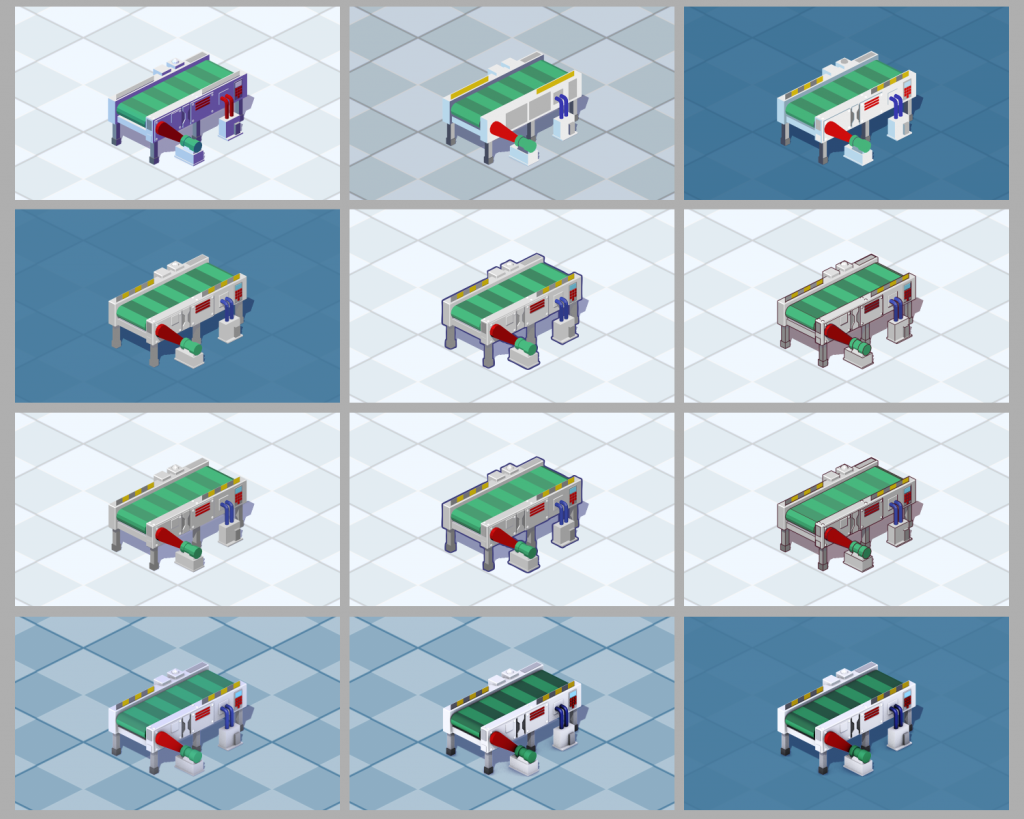 After make the initial choice for the broad look and feel of the game we them wanted to explore the factory floor itself. We needed the machines to stand out well against the titled floor to make it clear at a glance what was of interested to the player and what wasn’t. 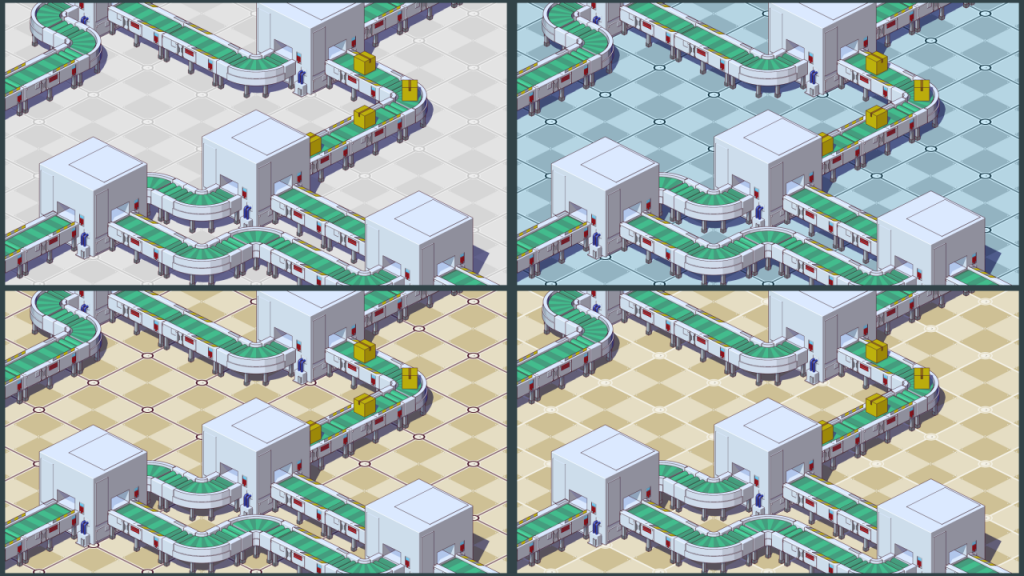 Final we also wanted to look at the wider environment. How the factory itself was going to be represented and what would exist outside of it. We liked the idea of the factory floating in an abstract world. A clear, graphical environment that would complement the sterile feeling of the game and factory. We came up with these thick block walls to draw a distinctive boarder between what was inside the factory and what was outside.